Interested in volunteering on the board?
Check out our profile on recruitment below!
4CS Board Recruitment Profile

Board of Directors  (Includes Start Date) 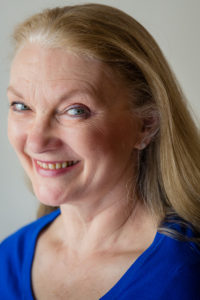 Ms. Spungen’s decision to join the Board of Directors of 4CS of Passaic County, Inc. two years ago was a natural fit. The organization is a childcare resource and referral agency whose mission is to help families find available high quality childcare that is accessible and affordable.

Both her professional and personal lives have combined her financial and business skills with her deep commitment to community — and to children in particular.

“I love kids. I light up when I see them. There are so many children who don’t have what they need to succeed. I want to do everything I can to help them. It breaks my heart to see kids who can’t succeed,” she says.

A graduate of Oregon State University, Ms. Spungen received a Nonprofit Executive Leaders Certificate from the Rutgers University Business School. Ms. Spungen began her career as a tax manager at PriceWaterhouse and then became Director of Finance and Chief Financial Officer at the law firm of Cravath, Swaine & Moore LLP.

When her daughter was 5, Ms. Spungen and her husband moved the family from New York City to Ridgewood, N.J., and she decided to become a stay-at-home mother. She became a community leader, serving as president of the YMCA finance committee and as an advisory council member of the YWCA of New York City, Academy of Women Leaders. She also founded and co-chaired the North Jersey Fiber Arts Festival to bring together fiber artists (she is an avid knitter) and raise funds for the Unitarian Society. She also founded and served on the board of the New York chapter of the American Women’s Society of CPAs s well as one term on the national board. She eventually became the Director of Recruiting and Training for the Bergen County Court Appointed Special Advocates, helping ensure children’s voices are heard in court.

Remarkably, Ms. Spungen and her husband fostered about 10 children and helped them move toward successful lives. “We wanted to have another child and weren’t able to. When I see a baby, I just light up and we really wanted to help children in need,” she says.

When her daughter was in middle school, her Girl Scout troop (Ms. Spungen was the leader) had a project reading books every Friday to low-income children. The books, she recalled, “were horrid so we had a bake sale to raise money to buy better books and we raised $700. The kids gave us big hugs and it was all worth it.” 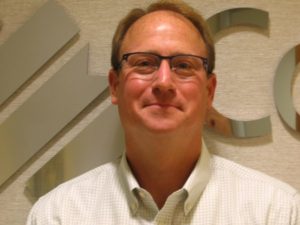 Charles Walter has learned that giving back to others is critical to his personal well-being.

“I feel like I’ve had a lot of gifts in my life. I want to connect my gifts and abilities with a cause that can take advantage of them. I believe my work skills, such as executive management and organization, would be helpful,” says Mr. Walter, who joined the Board of Directors of 4CS of Passaic, Inc. in February 2016.

The son of an obstetrician and a nurse, Mr. Walter was raised with his two siblings in Cleveland, Ohio. “I had a nice upbringing, but we were not involved in anything as a family. As I grew up and got married and had my own children, I definitely wanted to be involved in the greater community,” he says.

He studied engineering at Case Western Reserve University, but his career has been in computer consulting. After working for several companies, including Accenture Consulting, Sara Lee Corporation and WPP Group (as Chief Information Officer), He joined Core Media Systems in 2013. He now serves as President of the company, which specializes in media-management software.

Mr. Walter and his wife became involved with the Unitarian Church when they lived in Chicago, and he eventually joined the Chicago church’s Board of Directors. When they moved to New Jersey in 2002, he joined the local Unitarian Church, and ran the long-term strategic planning group, eventually moving up to Vice President and President of the Board of Trustees. Through the church, he met Inge Spungen, Chair of the 4CS Board of Directors. “She had a pretty similar path to community involvement and suggested this board would be a good next step for me,” he said. He began working on the Board’s strategic plan and then was asked to join the Board.

“The strategic plan is so crucial because it drives the future direction … you always have to have a post on the horizon, and then you reset the post so the goal keeps moving. A strategic plan also helps in annual and tactical planning, and gives everyone in the organization a sense of focus and direction,” he says.

With two daughters now in college, he has been eager to give back more to people in the community.

“4CS is a tremendous service that helps working families learn to help themselves.” Mr. Walter says. 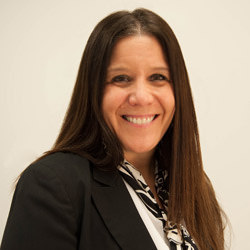 Sandra E. Coppola’s desire to help others began in her childhood. One of three children, she grew up in northern New Jersey. “My oldest brother’s disability affected me greatly and created an interest in advocating for people with disabilities. Seeing the struggle he went through and the lack of support available to my family really impacted me,” she says.

After receiving a Ph.D. from Long Island University, she began her counseling career, working primarily with substance-abuse clients. She also owned a restaurant. While teaching a college course after she sold the restaurant, she discovered her real passion was working as a counselor in higher education. “I fell in love with the students and found that I really belonged in a college environment in a counseling capacity rather than teaching. These are often first-generation college students, single parents and non-traditional students. This is a pivotal point in their lives and I felt honored when they allowed me to be a part of their journey and help to impact their lives. I felt I was able to understand them, support them and validate them,” she says.

She referred several students in need of affordable and quality childcare to 4CS of Passaic County, Inc. That led her to becoming more involved with the organization and joining the Board of Directors.

“There is such a need for accessible childcare in the community. If you don’t have that, you can’t pursue your dreams because your basic needs are not being met. People can get really beaten down. When they enter college, they are told the world is their oyster and it doesn’t always go that way. Reliable childcare is a major issue,” she says.

She would like to see the organization help college students find affordable childcare on short notice and with flexible schedules. And she wants to help 4CS of Passaic County grow.

“This is an organization that supports the family system. Individuals can reach levels of self-sufficiency so they can reach their potential,” she says.

Dr. Deborah Johnson-Rothe is the Medical Director-Northeast Region of Aetna, Hospital & Health Care, located in Parsippany, New Jersey. She has been in this position for two years

Previously, she was Medical Director and Team Lead for Executive Health Resources, a division of United Health Group. She also spent six years in the National Public Health Service Corporation in New York City and was an Assistant Professor of Pediatrics at New Jersey Medical School with an interest in healthcare economics and emergency medicine. She also served on several managed care organization committees in the areas of quality improvement and utilization management. She has been one of New Jersey’s State Commissioners in the Office of Minority Health and served as Associate Dean of Clinical Affairs at New Jersey Medical School.

She has a bachelor’s degree in biology from Barnard College at Columbia University and an M.D. in Pediatrics from the University of Medicine and Dentistry of New Jersey-New Jersey Medical School. She speaks Spanish fluently. She is board certified in pediatrics and pediatric emergency medicine.

Dr. Johnson-Rothe also has served on the boards of the Black Infant Mortality Reduction Resource Board and the University Lithotripsy Affiliates Board, The Stone Center of NJ. 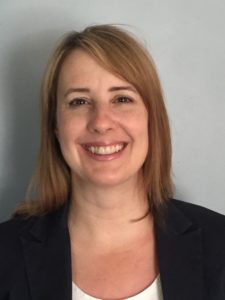 I learned about 4CS from Sean Spiller, Vice-President of NJEA. He asked if I would be interested in joining a committee working with the organization. After reviewing the website and speaking to
Coleen Stevens Porcher and Inge Spungen, I was excited to begin work with the Community Outreach, Development, and Marketing Committee. Advocating for education professionals from all age groups and many different school settings as President of the Passaic County Education Associations, I understand and respect the need for high quality child care. Teaching in the Passaic Public Schools offered me the opportunity to develop a great respect for the sacrifice of parents, especially young mothers. Working to support the mission of the 4CS allows me to support the personal priorities I have developed through my employment and personal experiences.
I was born in Essex County, NJ, and after attending Dickinson College in Carlisle, Pennsylvania, I began teaching at Passaic High School. Later education included earning a MA from Teachers’
College, Columbia University. I am proud to say that I have over two decades serving the students of Passaic County. Today, I live in Essex County with two wonderful teenage sons who are growing into upstanding young men. Having had childcare provided by my own mother when they were small allowed me to continue to work, and today I am grateful to be part of an organization that helps the mothers of Passaic County access that same opportunity. 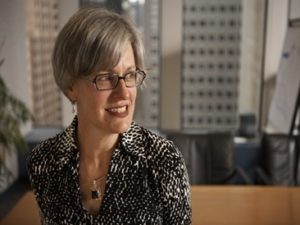 Sarah specializes in providing audit and tax compliance services to not-for-profit organizations and is always on the look-out for opportunities in the community to use her skills to provide value where there is a need.  4CS has both the need and a sentimental pull, as Paterson, NJ is her birth-place.

Sarah is very active in philanthropy and has served for many years as a board member for the New Jersey Council of Charitable Gift Planners and on the Salvation Army Advisory Board of Bergen County.

Through Friedman LLP’s membership in the Morris County Chamber of Commerce, she participates on the Nonprofit Roundtable and the Sustainability committees.

Sarah is a contributing writer to the Friedman LLP Nonprofit Advisor newsletter and has been published in the Non-profit Times Exempt magazine, the New Jersey Society of CPAs Pulse newsletter and New Jersey CPA magazine.  Sarah recently spoke at the Morris County Chamber of Commerce Nonprofit Roundtable on current tax reform, was a featured speaker for National Business Institute on Form 990 and UBIT issues, moderator for the Association of Fundraising Professionals 2016 Whitley Lecture for the CFO panel, featured speaker for New Jersey Institute for Continuing Legal Education on Exempt Organization noncompliance and examination issues, and is a distinguished faculty member of Lorman Education Services.  Most recently, she presented to the New Jersey Highlands Coalition on the recent tax law changes impact on Charitable Giving and Lorman Education Services on Private Foundations, requirements and restrictions.

She has three grown children who are all successfully living on their own.  Two years ago she renovated a 100 year-old multi-family residence and loves salvaging, upcycling and gardening.

Interested in volunteering on the board?
Check out our profile on recruitment below!
4CS Board Recruitment Profile